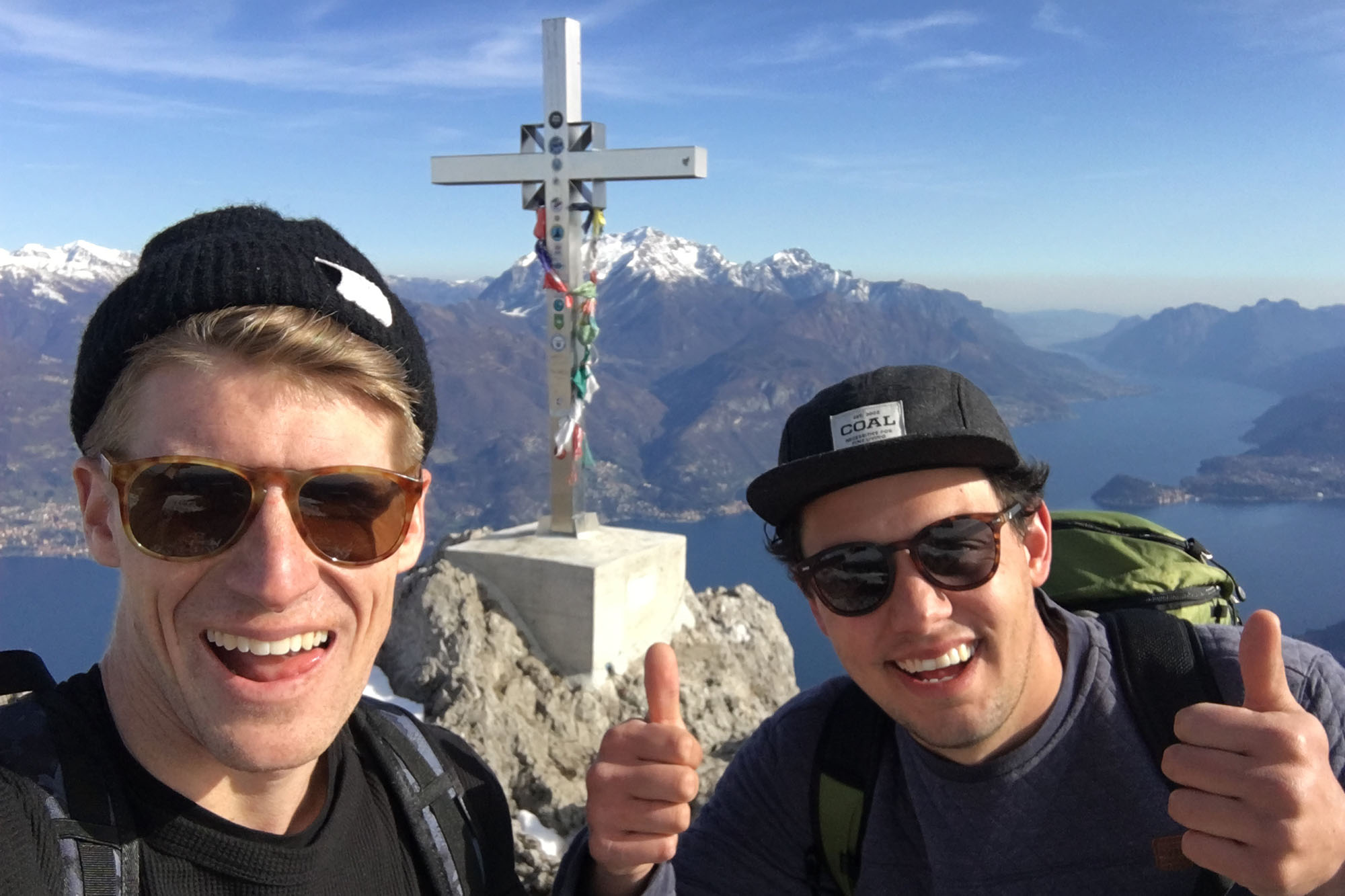 You may have seen Niles and Jordan in Pacsafe’s content over the last year and wondered “who are these two smiling guys who run a lot?” The creators of our Do More, Be More, See More clip, they’ve not only traveled the world capturing inspirational content, but have lived adventures on those travels themselves.

Niles Grey originally went to college to study creative writing, but after being asked to see if he’d like to make a wedding video for someone, became hooked on the storytelling aspect of moving images. He then went on his own crash course to learn filming, editing and more. As part of the wave of the DLSR revolution, Niles quickly started getting paid for his work, eventually working for Go Pro. 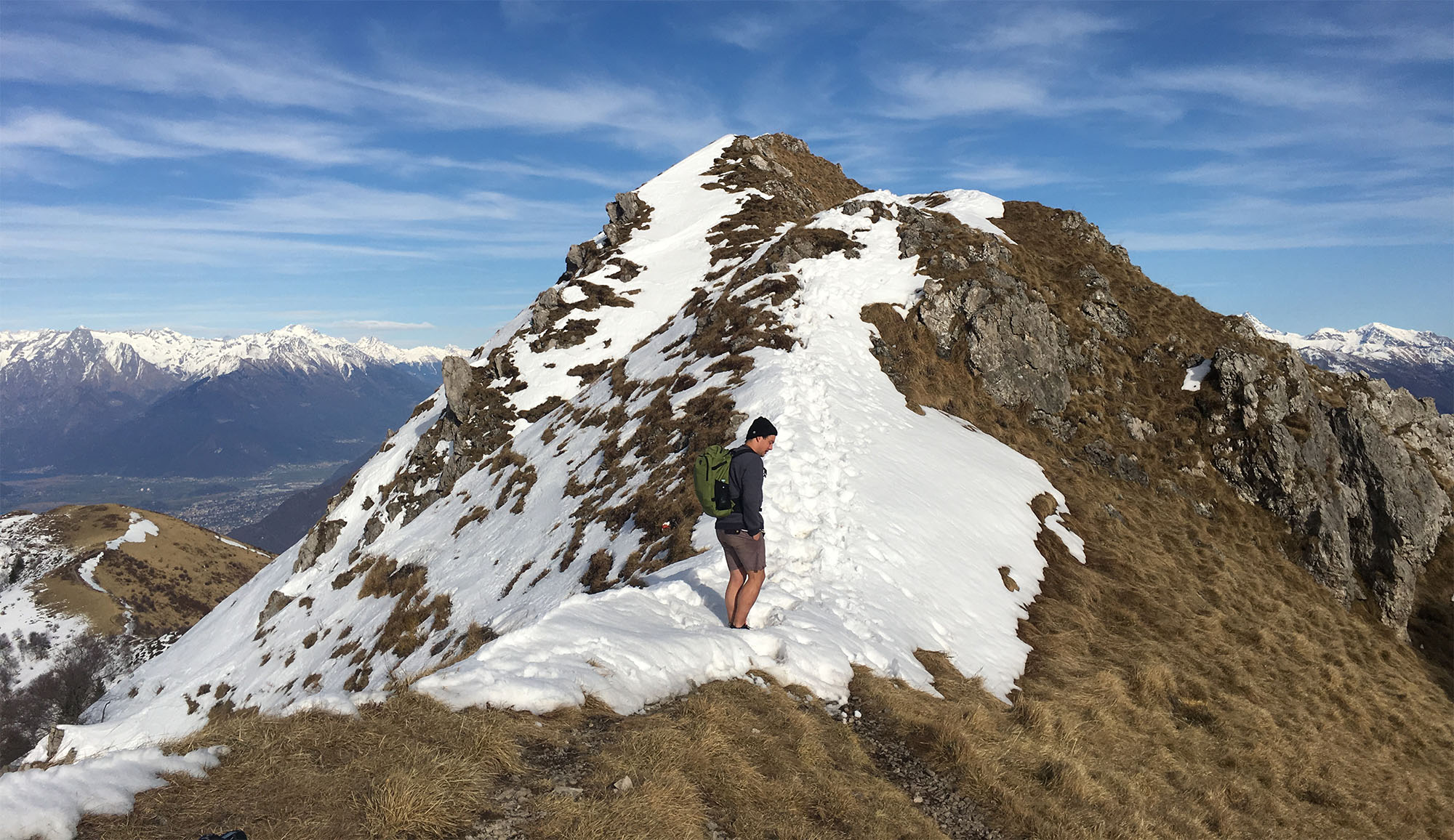 Jordan Fatke took a more traditional route. Using cameras and acting as a ‘news presenter’ at an early age making videos on VHS with his brother, Jordan then went to film school to study the craft. He met Niles through mutual friends, and because of similar interests formed a bond that has lasted until today. Jordan also worked with Go Pro for a time, but now the pair has teamed up to generate interesting, authentic stories freelance. 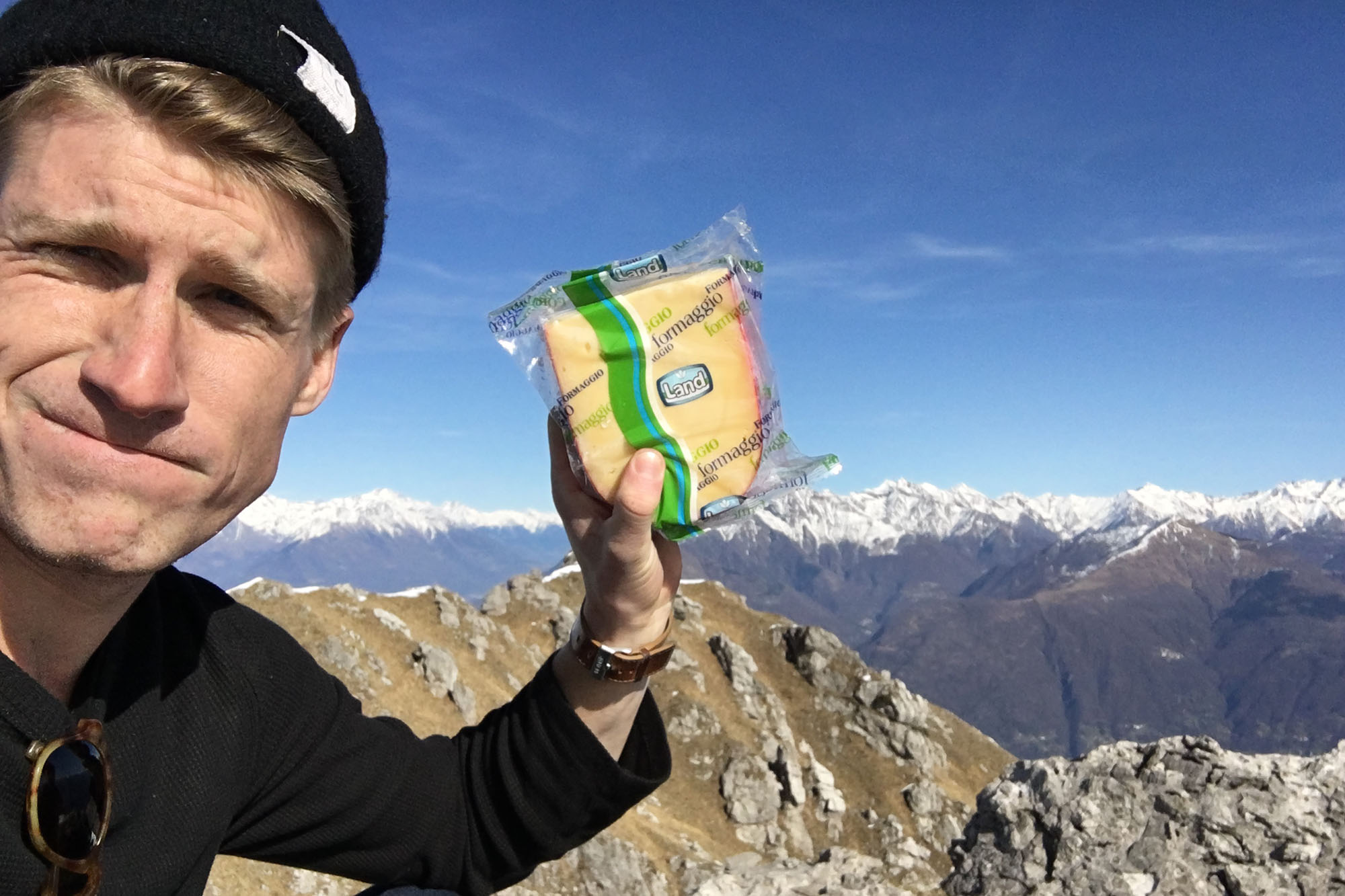 Niles and Jordan will soon be traveling with our Be More competition winner, Liliana Galo to Ecuador and Uruguay to capture her dream trip and help to tell the story for you guys to see. However, before that, we sat down to see if they had any interesting stories from when they went ‘around the world in 80 seconds’, creating this 1-minute 20-second long clip along the way.

One that clearly stood out was what happened with the Italian Lady you can see Jordan laughing with just after the 1-minute mark. When most of us at Pacsafe saw it, the first thing we asked as ‘what were you laughing about?’. The boy’s answer was really heartwarming.

“That was so cool,” says Jordan. “We saw this small church right up the top of this beautiful hill, so thought we’d go up to take a look and get some nice elevated shots of the lake below for sunset. No one was up there, but then all of a sudden this tiny angelic lady comes out of the church door. We thought we were going to get chewed out in Italian, like she’d tell us off for being disrespectful American Punks. Anyway, she walks out and just looks at the lake, watching the sunset. It was so peaceful we decided not to take the drone out and just speak with her instead. Unfortunately, I speak no Italian, appart from ‘we’ll take two cappuccinos please.’ So, I think I said something in English and she just starts talking at a million miles an hour in Italian. I couldn’t understand a word, but was trying my best. Then I had the idea to see if Google Translate software works. I brought out my phone and started talking into it, and some Italian comes out a few seconds later. It was amazing! We spoke with her for like 2 hours. She told us about the history of the church and how she comes up to look after it everyday, walking up this hill.” 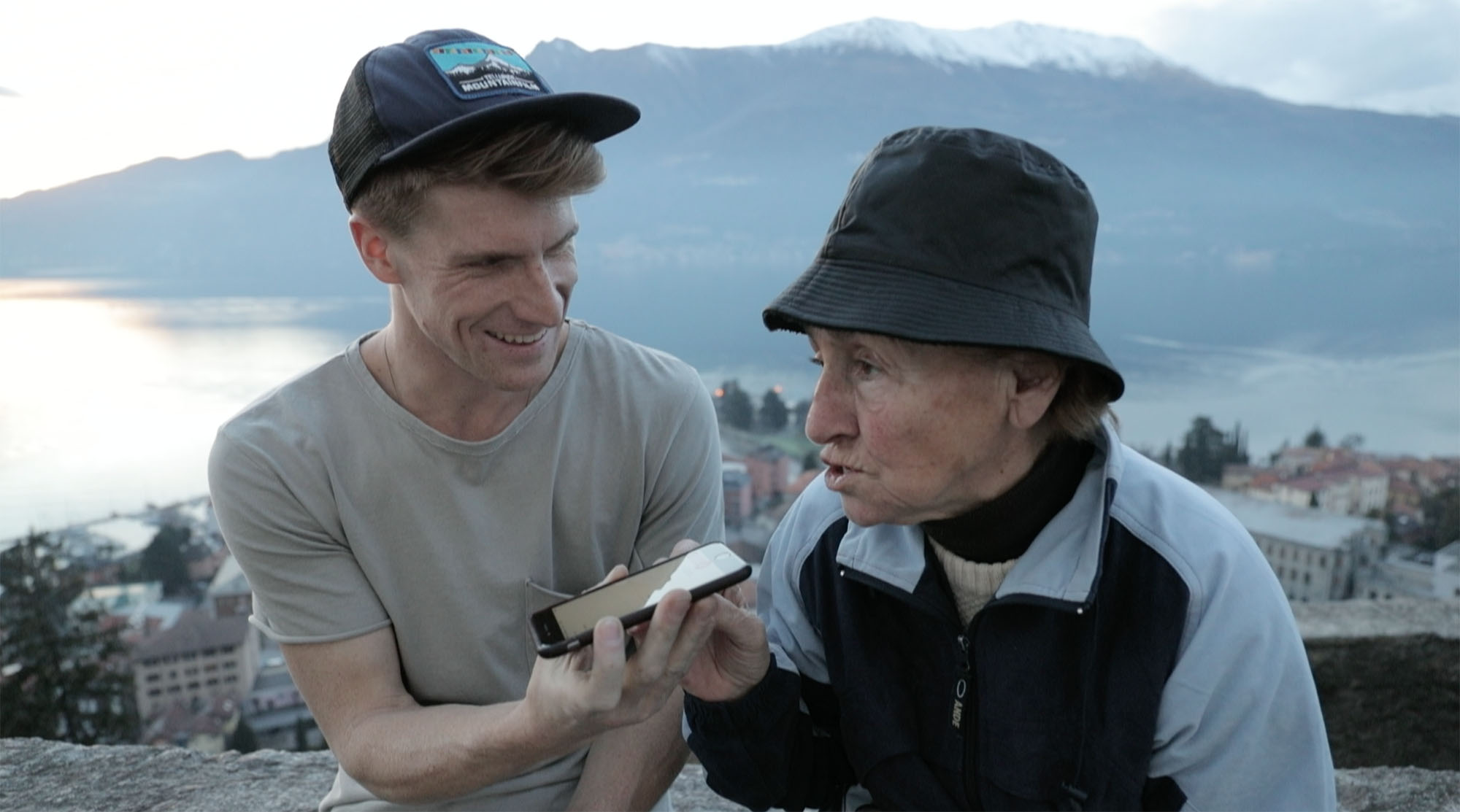 “At the end, we wanted to say something nice to her to say thank you,” adds in Niles. “I think Jordan said something like ‘thanks for showing us your beautiful church’ and she blushed and said ‘thanks for coming to visit, it’s great to see some polite American boys in our church. You’re so young and full of life.’

“And I said back”, Jordan continues, “‘you’re very beautiful and sweet, thank you.’ She just laughs and goes ‘I think maybe you need to get your eyes checked’. She was so funny. It’s really cool that technology can now give you the ability to communicate like that. Anyway, we asked if we could come and say goodbye the next day before we left. We had a big day of filming so were running late. We were sprinting back up this steep hill and got there a few minutes after closing time. The doors were locked. We were devastated, thinking we’d let this lady down. As we started walking back we saw her heading home, so went over again and gave her some flowers that we’d bought for her. She was so happy, she had tears in her eyes. It’s funny, we were so immersed in the moment that we forgot to ask her name. To this day we call her Sweet Mother Maria. I’m not sure if we’ll ever get a moment like that again. Those experiences only happen when you open up and reach out of your comfort zone and speak with someone. It was a big lesson to make sure you stay open when you travel. It was really special.” 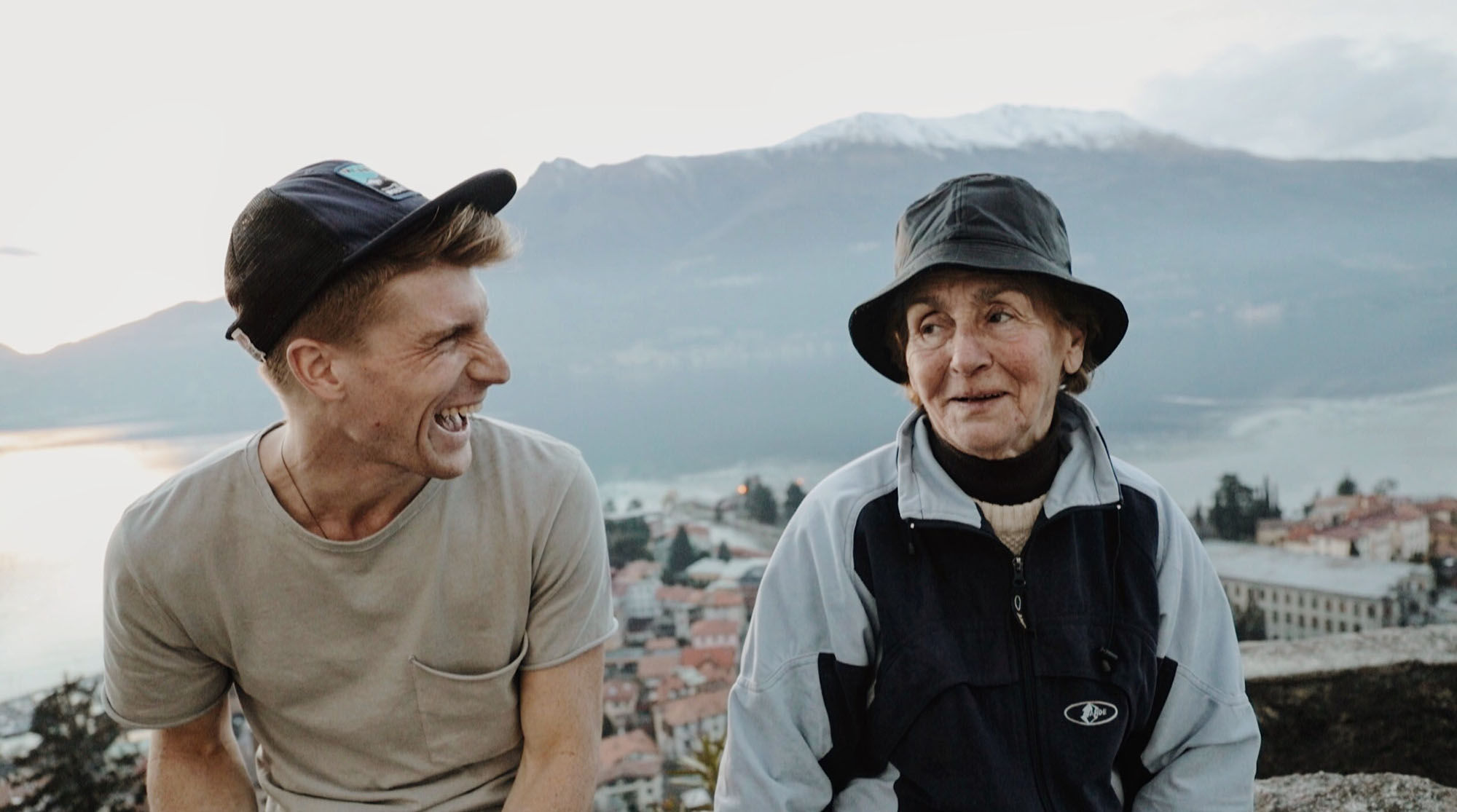 So, from them, if you’re traveling, remember to stay open. Edge out of your comfort zone, speak with the locals and use a little technology to help you along the way. If you happen to be somewhere and see the guys with their cameras out, go up and say hello. You’re most likely to catch them in Ecuador and Uruguay in the coming months filming yet more content. We’ll update you on their and Lilian’s adventures as things unfold. Until then, Safe Travels. 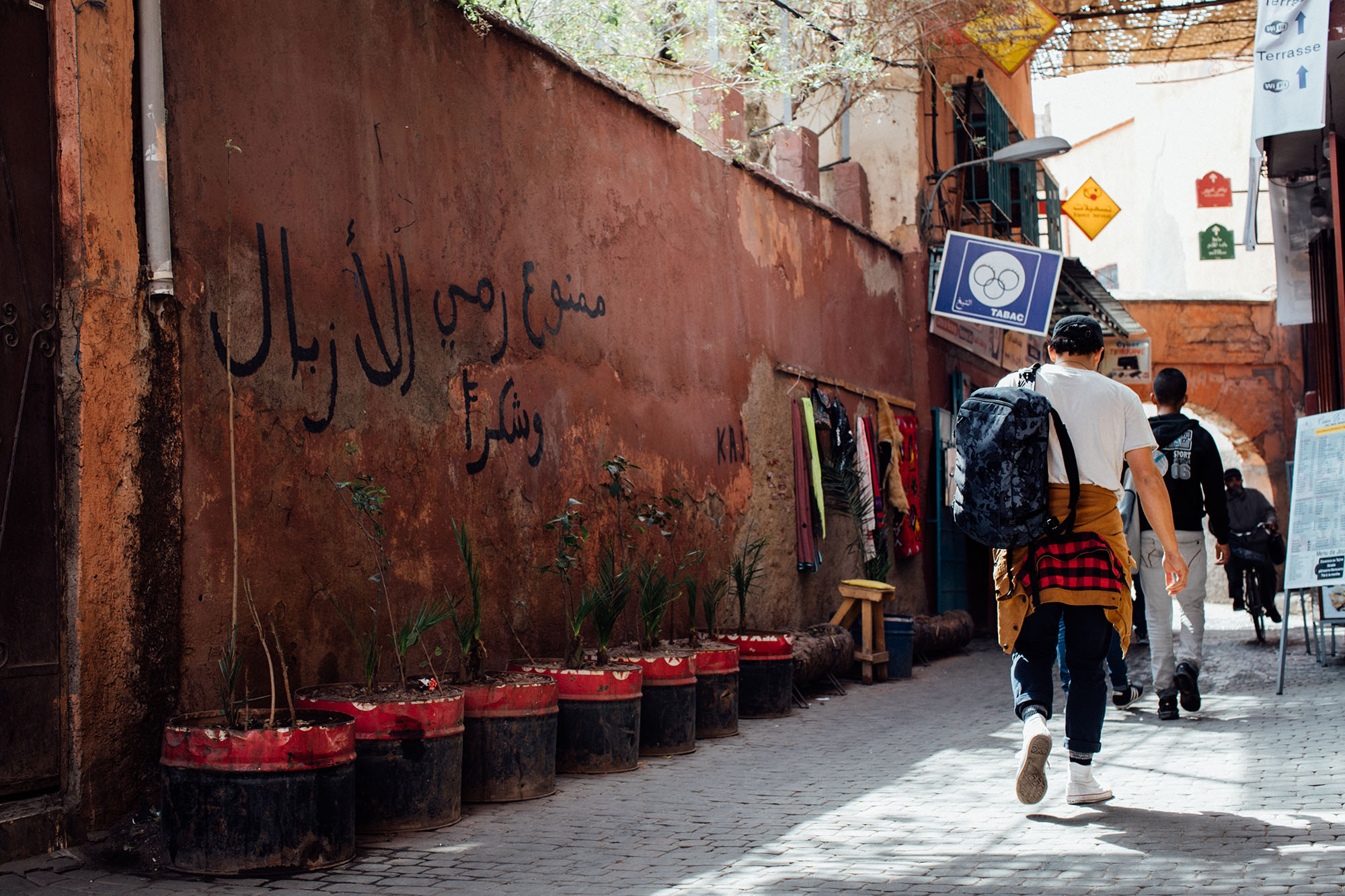 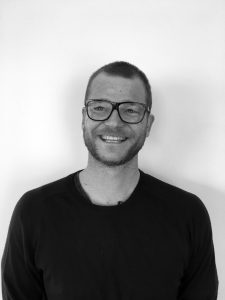 Tim Hawken is an Australian writer who loves his mom and her home cooking when not traveling. He has clocked up visits to 23 countries on 5 continents (and counting). Find out more about his world by heading to his website, or following him on Instagram and Twitter.