Taxes and shipping calculated at checkout. 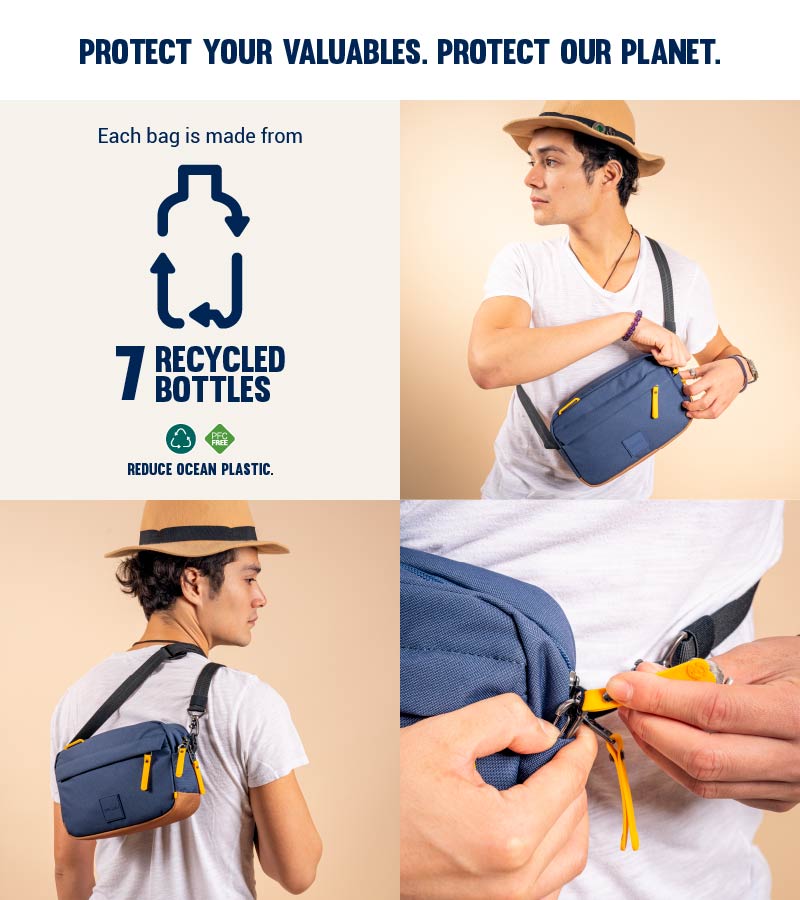 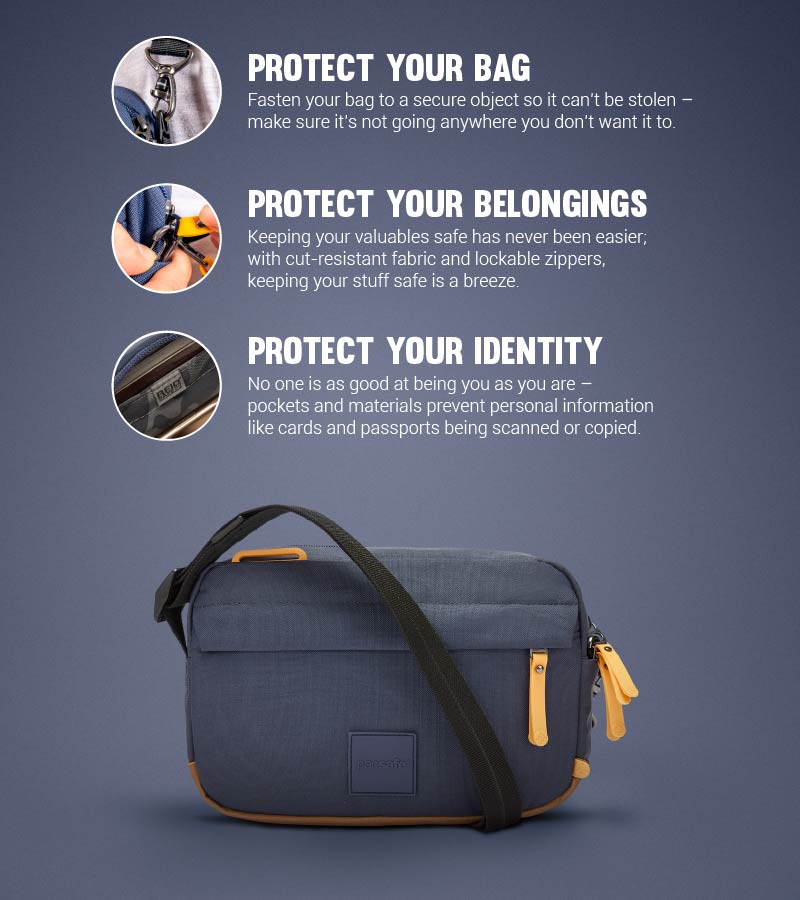 Vibe 100 has 1.5L additional space & will carry crossbody OR hip

This is fine for what it is, and looks smart, and has a 7" tablet slot (which is big enough, barely, for a caseless iPad mini); BUT you are giving up 1.5L of space here, versus the good old reliable Vibe 100 Hip Pack - which can be worn crossbody style, too. (On the other hand, I have to admit that this new Go Crossbody DOES at least have .5L more space than the smaller, 2L, Pacsafe Hip Pack LS120, and a more useful rectangular shape unlike the wedge-shaped LS120.)

If you like the looks on the Go Crossbody, "go" for it, the quality and materials and safety features are all there. I just think the Vibe 100 is ultimately more useful.

Especially for flyers. There are two items that seem to get a "pass" at check-in counters and departure gates: shopping bags (especially from airport stores) and hip packs (specifically, hip packs, not slings).

I've gone up to check-in counters and the staff seems to turn a blind eye to my 4L hip pack, even when rotated to the front where the bulk is obvious, while a similar sized-shoulder bag on a passenger one counter over, got counted as one of their two allowed carry on items (well they tried to count it, but he pushed back, and they gave him a pass because it was smaller).

The hip pack can also be loaded up with heavier items like chargers and powerbanks and a spare phablet for watching movies and tv inflight, which helps the actual two carryon on pieces stay under the minimal 17 pounds combined weight limit. Once again, never been…

Loading...
Was this helpful?
SH
SUSANNA H. Reviewed by SUSANNA H.
Verified Buyer
I recommend this product
Rated 5 out of 5

Perfect for my Needs

I was looking for a travel purse that I could use for evenings, and this one fits the bill. It is the perfect size and the design is very nice. It has enough pockets for organization, and all the security features I wanted. I usually use a backpack during the day to carry my camera/equipment and other daytime necessities, but for going out to dinner or evening activities I prefer to scale down. Honestly, I couldn’t happier.

Loading...
Was this helpful?
JG
Julia G. Reviewed by Julia G.
Verified Buyer
I recommend this product
Rated 5 out of 5

I love this bag so much! It fits all of my necessities for the day and will be perfect as my purse for carryon. Super excited for my trip to Europe to use it everyday. The pink is perfect. Everything works and feels great. So we'll designed. Great value for the price. Also perfectly fits the pacsafe passport wallet I also got 😊

Loading...
Was this helpful?
DT
Delzorra T. Reviewed by Delzorra T.
Verified Buyer
I recommend this product
Rated 5 out of 5

I reallly like this Pacsafe Go Anti-Theft Crossbody Bag! It's the perfect size for everything I need to carry. I'm really looking forward to using this bag when I travel again. Thanks for making the perfect ant-theft travl cross

Loading...
Was this helpful?
J
Justine Reviewed by Justine
Verified Buyer
I recommend this product
Rated 5 out of 5

I bought this bag for a recent trip and it worked like a charm. I got the Coastal Blue color and it is cute, stylish, and a nice size. The crossbody strap was easily adjustable and I really liked how I was able to lock the zippers on the top and in front. The inside pockets were also the perfect size for my passport and the interior clip came in handy for holding things like my keys. I do wish there was an additional pocket in the back of the bag, but other than that, I highly recommend!