For the record, using illegal drugs in any foreign country poses potential risks. However, narcotics offenders in certain countries face steep fines, lengthy prison stays and, in some cases, a death sentence. So if you happen to visit any of these countries, best refrain from trying to get high – it might just save your life.
China
China leads the world in executions, and drug offenders are often the ones being put to death (470 in 2007 alone). Chinese drug laws state that anyone caught smuggling no less than 1 kilogram of heroin or methyl Benzedrine may face the death penalty; the same fate awaits anyone who traffics no less than 50 grams of “other narcotics”, which can include cannabis, opium and cocaine. Despite catching some heat from international watchdog groups, China has remained defiant about its current drug policies – and travelers there are strongly warned against selling or using illegal narcotics.
Indonesia
Those who arrive at virtually any airport in Indonesia are greeted with a large, cheerful sign informing them that drug traffickers who are apprehended will be put to death. They mean business. The drug laws in Indonesia are so strict that parents who fail to notify the authorities of their children’s narcotics use could face criminal charges. These policies have done little to curb drug use among Indonesians, but the government still favors swift execution over long imprisonment as the main deterrent for would-be users and traffickers. And these laws are certainly not limited to the locals; three Australian men were caught smuggling heroin in 2006, and faced a firing squad as a result. 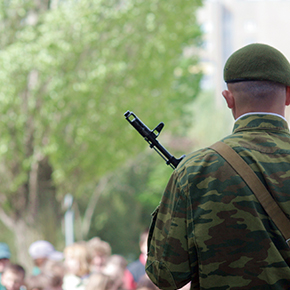 Iran
In the last few decades, more than 10,000 drug traffickers and narcotics users have been publicly executed as part of Iran’s ‘War on Drugs’. This policy seems to have gotten steeper in recent years; of the 650 individuals executed by the Iranian government in 2010, more than 90 percent were put to death for drug-related offenses. But punishment is not limited to dealers; those who are caught using or in possession of drugs (including cannabis) can face up to 70 public lashes. So if you’ve got the balls to visit Iran in 2012, hopefully you also have the brains to stay away from contraband during your trip.
Singapore
Considering that littering in Singapore can earn you a few lashes with a cane, this one should be a no-brainer. In terms of drug possession, certain amounts automatically upgrade the charges to international trafficking, regardless of whether or not any actual narcotic exchanges have taken place. But the country’s Misuse of Drugs Act also states that any persons caught leaving known drug establishments are subject to a police search (no warrant required) and could face maximum penalties. Singapore has come under fire for its harsh policies on hard drugs, such as execution for convicted heroin traffickers. But since drug prevalence on the tiny island nation is among the world’s lowest, don’t expect these regulations to soften anytime soon.
United Arab Emirates
The BBC recently highlighted strict drug laws in UAE, following the arrest and imprisonment of a deejay who carried 2.16 grams of cannabis into the Dubai International Airport (he claimed to have forgotten the drugs were in those jeans). DJ Grooverider was subsequently sentenced to four years in prison followed by an immediate deportation, though the sentence was later reduced to seven months. Even more shocking was an earlier case, in which a Swiss man was detained after authorities detected three poppy seeds on his shirt; the puzzled flier argued the ‘contraband’ was merely crumbs from a sandwich. He was ultimately let go, but travel advisory boards now warn that possession of any drugs in UAE – even trace amounts – can earn offenders years behind bars.
By Brad Nehring