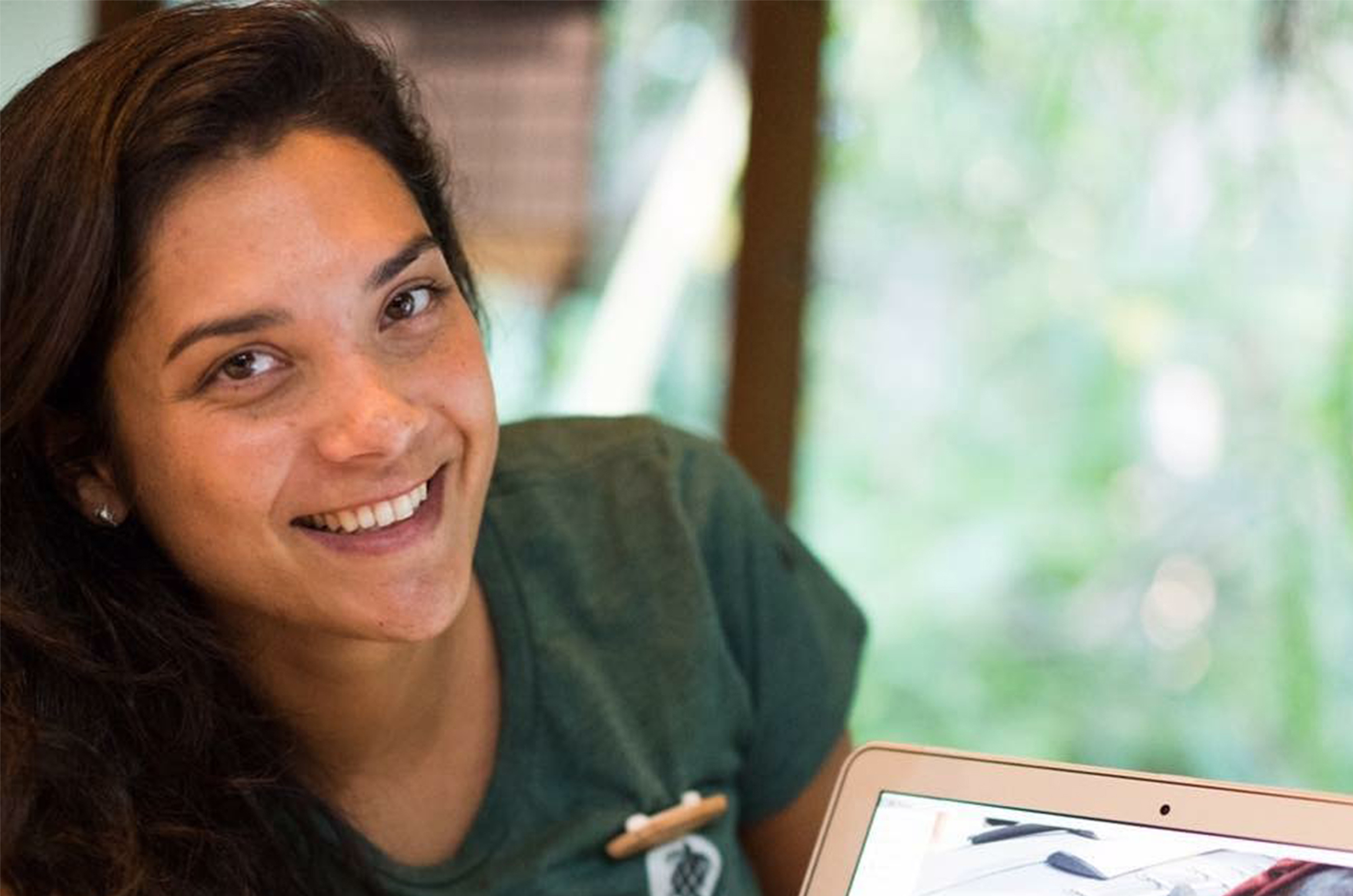 The Olive Ridley Project is the latest conservation group to be supported by Pacsafe’s Turtle Fund. Their mission is to help rid the Indian Ocean of ghost nets and other discarded fishing gear that pose a threat to sea turtles. Every year, thousands of turtles and other marine life are caught in these nets, causing stress, dehydration, starvation, and eventually death. The group have set up a home base in the Maldives where ghost nets from all over the world are drawn in by ocean currents. Over here, the need for medical attention for affected turtles is a key concern.
Heading the efforts at the marine turtle rescue centre is biologist, veterinarian, and marine conservationist, Dr Claire Petros. Born in the UK, Claire developed an early passion for nature and wildlife after watching David Attenborough documentaries with her family. After completing her undergraduate course in Biological Sciences at Oxford University, Claire went on to veterinary training at Bristol University, specialising in marine ecology. Her travels have taken her to study the reefs in Indonesia, work with wildlife in South Africa, volunteer in Thailand and even witness cataract surgery on a Loggerhead sea turtle in the USA. It was this final experience that led to a deeper fascination in turtle medicine. Claire initially spent time working as a research assistant for the Wider Caribbean Sea Turtle Conservation Network (WIDESCAST), before fulfilling her ambition to become a ‘turtle vet’ and marine wildlife conservationist with the Olive Ridley Project.
We caught up with Claire recently to learn about the challenges the Olive Ridley Project faces, how they’re making a difference and her advice on how others can get involved in her line of work.
Firstly Claire, why are sea turtles important?
Their diet affects the population of many organisms within the sea, so they play a vital role in maintaining the health of the ocean. The seven species of sea turtles have their unique role, from grazing on seagrass, controlling sponge and algae populations, to feasting on vast numbers of jellyfish. By laying on land, their nests also provide huge quantities of nutrients to the beach itself as their eggs and shells are recycled each season, allowing for an abundance of life on the seashore. 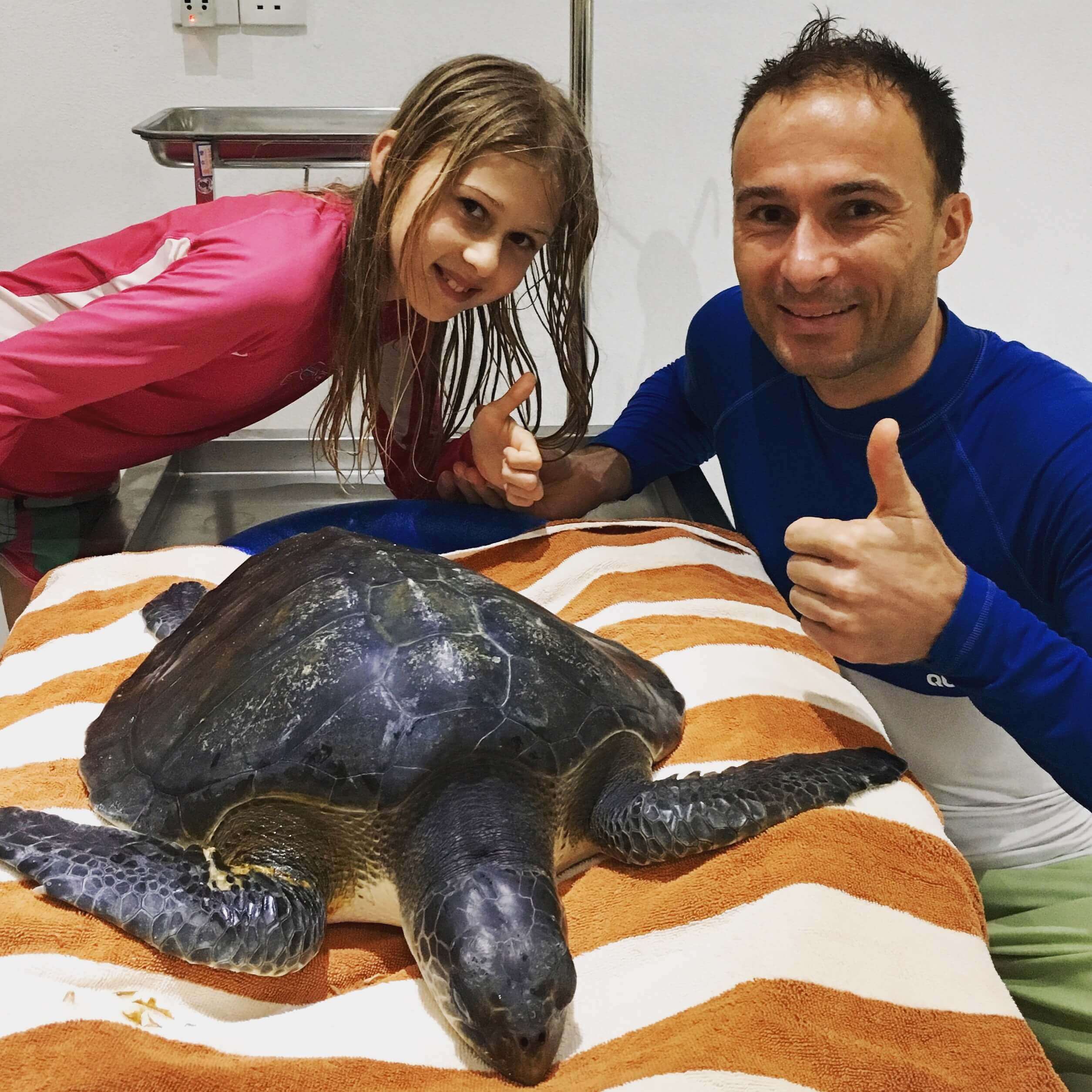 What is the biggest thing that surprised you when you first started with the Olive Ridley Project?
I was unaware of the lack of veterinary clinics in the Maldives prior to working here. I knew there were no dogs kept as pets, but was certain that there was a cat population and the presence of exotic birds. I assumed there was some access to veterinary medicine. During my time here, I had to acquire veterinary drugs that previously hadn’t been imported to this country. It was particularly difficult when setting up the veterinary clinic on the island, as most of the equipment had to be shipped in from China.
What is your typical workday like? What do you do at the Olive Ridley Project?
Usually, I’m at the tanks by 9am and start to clean those that have been emptying overnight. We have 7 tanks, so we rotate cleaning them daily. By 10.30am, it’s feeding time, so I would collect the fish from the kitchen and show guests around the tanks, introducing them to the individual turtles during the feeding. After feeding, we administer medical treatment – usually a mixture of fluid therapy, antibiotic, or pain relief injections. With the help of the volunteers and interns, we also assess the turtles and carry out any wound therapy that is required. After lunch is when I spend time catching up on social media posts, and would generally do the paperwork and administration for the project. By 4pm it’s time for the afternoon feeding. I’m usually finished between 5pm and 6pm and head straight to the sea for a paddle board around the island or a swim! 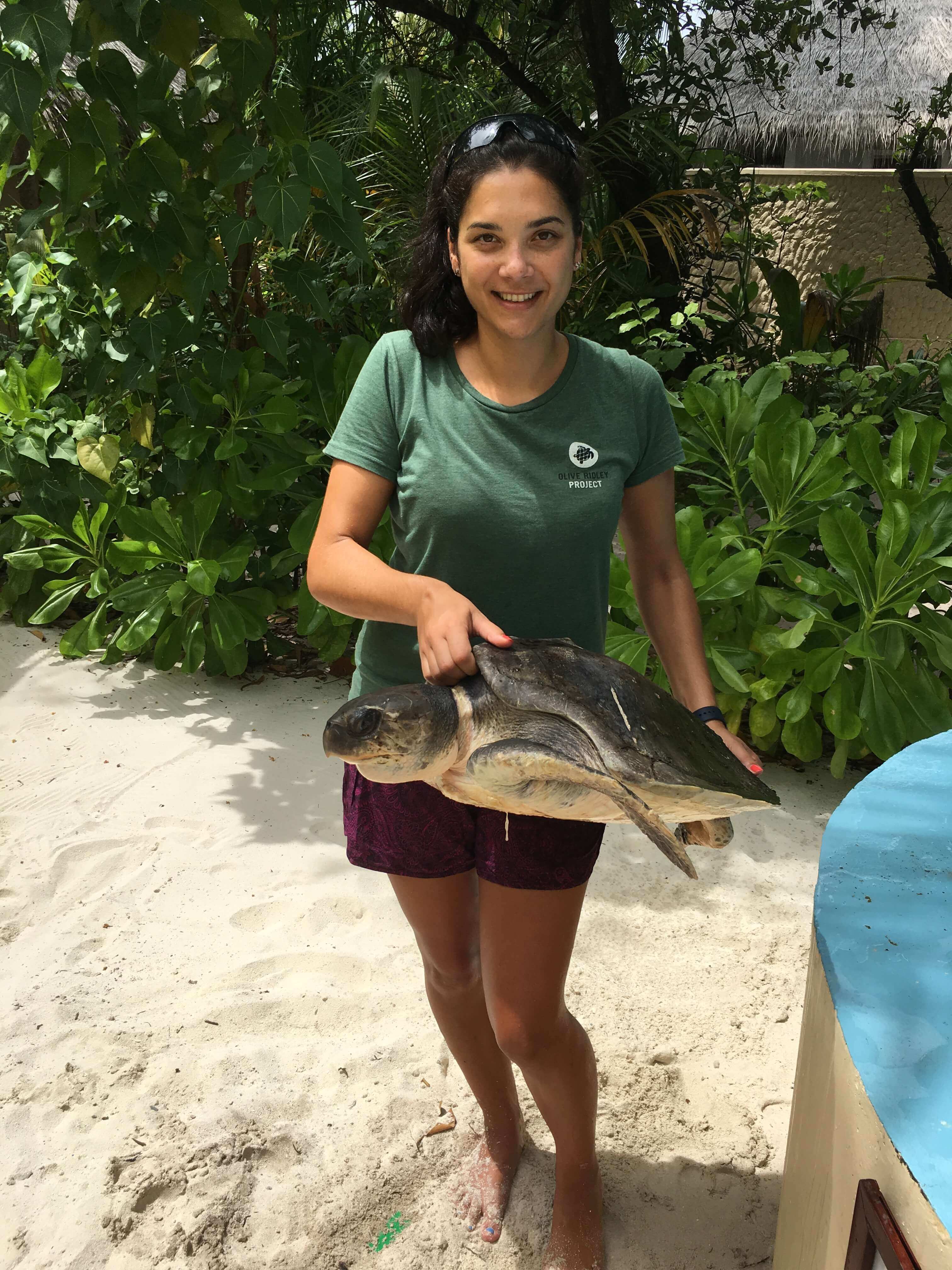 Which part of your job do you enjoy the most?
The most rewarding and enjoyable part of the job is releasing the turtles after their treatment and seeing them swim away competently when they had been so badly injured before. Knowing they have pulled through and healed well and seeing them return to the ocean is an incredible feeling.
Do you ever get attached to the turtles?
Absolutely. My favourite turtle of this season has to be Susy. Susy had a dramatic journey to the centre – it involved a fishing boat, seaplane, and two speedboats! On arrival, we were still waiting for our controlled drugs license, so we were unable to operate immediately on her damaged flippers. As soon as the anaesthesia arrived, she underwent surgery to have a full amputation on her most injured flipper and a partial amputation of the other. Despite the extensive injuries, Susy began to dive and eat in the following week. Within a month of the operation, Susy was displaying normal turtle behaviour. She was eating and sleeping at the bottom of the tank. We were all very excited and keen to release her at this point! However, after the boat trip to the open water, Susy decided that she wasn’t ready to be released and floated again! We had to bring her back to the centre and she required another month of rehabilitation until she was ready to be released again, this time from the beach. Luckily, she was very keen to go home this time. 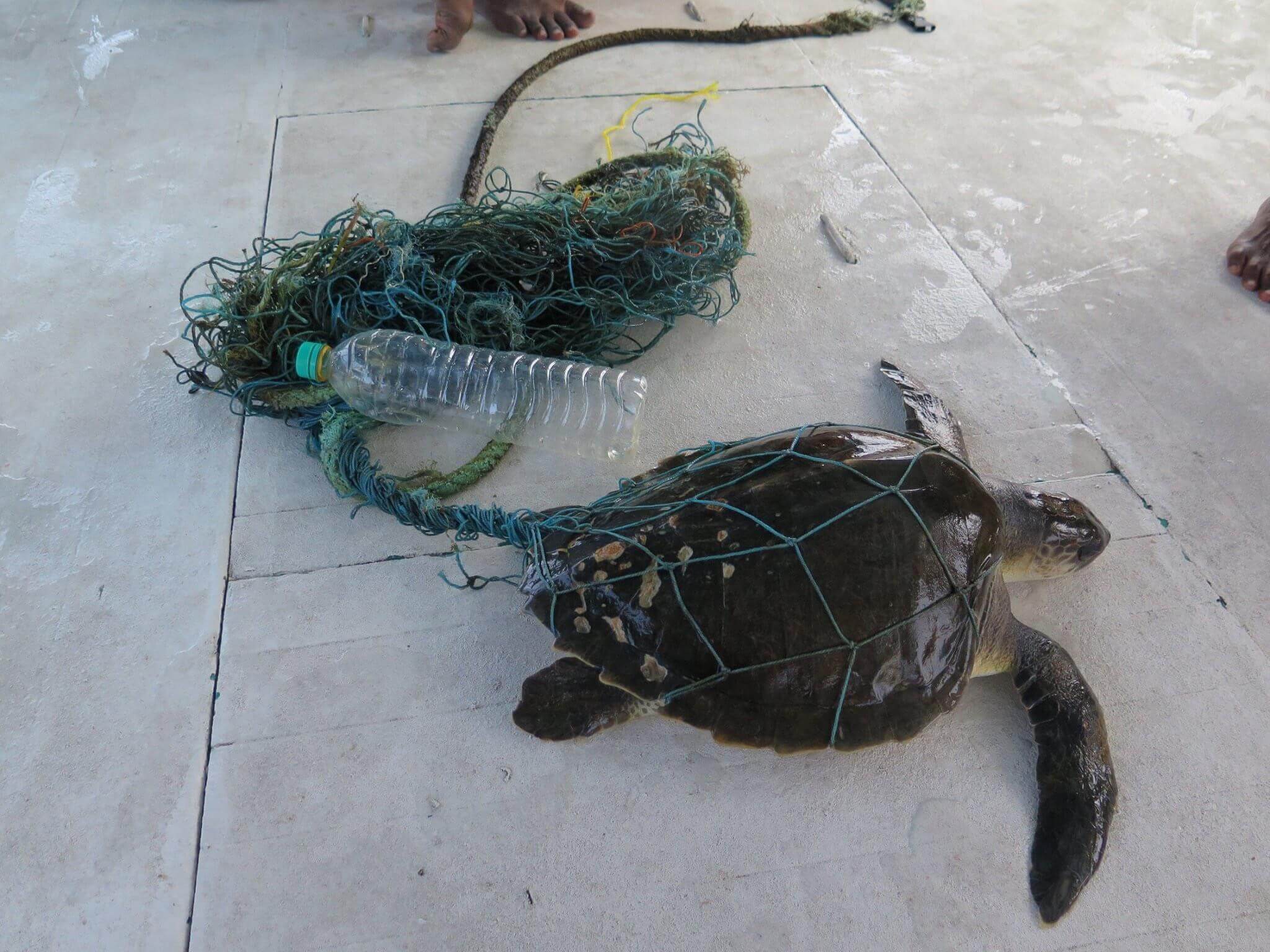 Are there other aspects of your position that make you feel that you are really ‘making a difference’?
Being in a position to educate guests, school children, and followers of our project online about the threat of ghost gears to turtles and marine wildlife is extremely rewarding. The ability to increase their awareness of these issues and show people what the turtles have experienced first-hand really helps them understand it. Witnessing the effects this problem can have on such incredible creatures makes me feel that it’s making a difference. 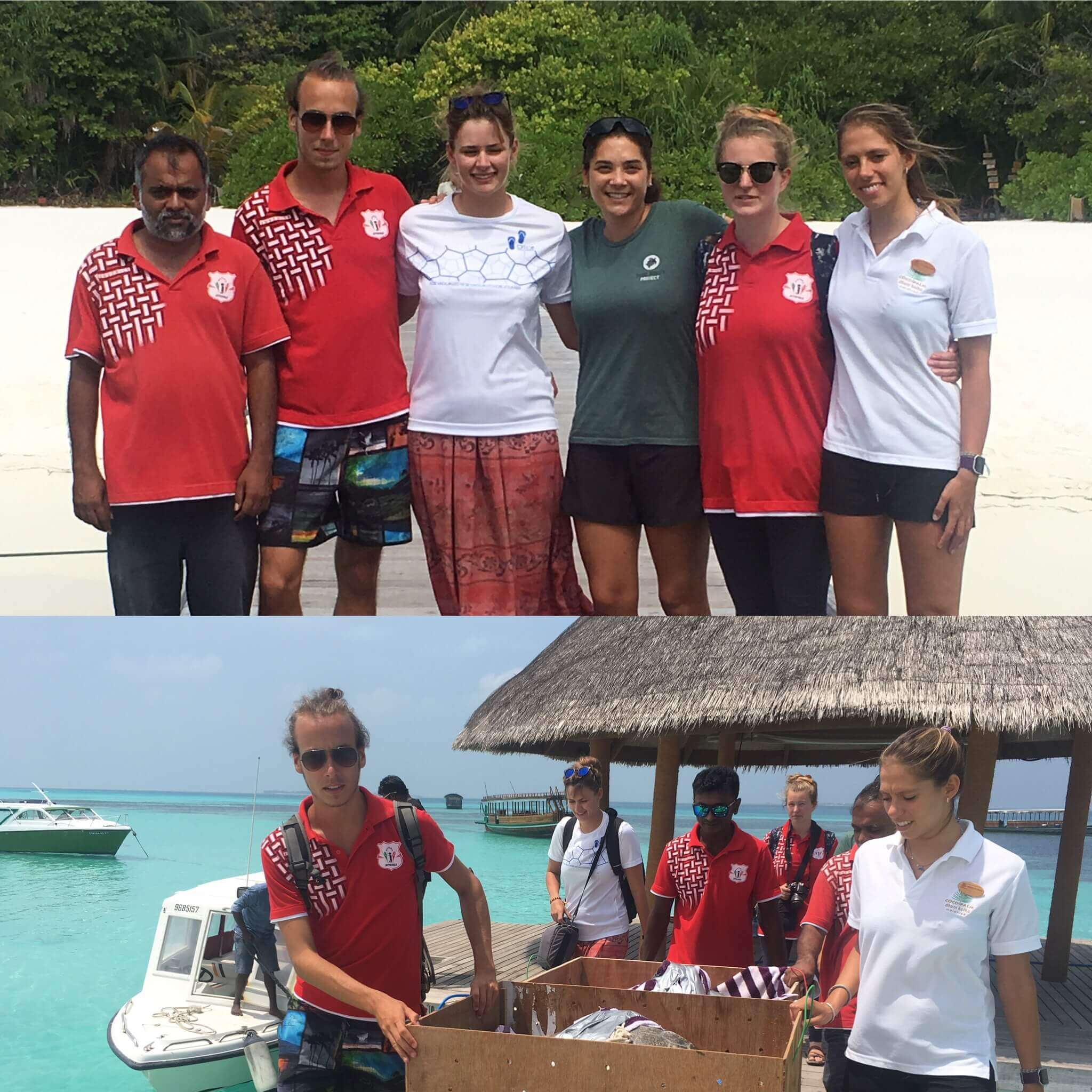 What are your goals for the future of The Olive Ridley Project?
We are developing in the Maldives with plans to open another veterinary run centre in the south. We are also hoping to invest in a project boat to run ghost net search and rescue trips in order to maximise the number of turtles rescued. Personally, I am committed to returning for the next season, between February and August in 2018, and would like to remain with the charity as it develops.
Are there simple lifestyle changes we can make to help lessen our own impact on these creatures?
Simple life changes can make a big difference, such as carrying a reusable bag or buying a water bottle that can be topped up, rather than buying a plastic bottle each day. Anything else that will reduce waste, like recycling when possible, will also reduce the amount of plastic ending up in the ocean. You can even reduce the amount of fish you eat or choose pole and line caught fish, which will ultimately reduce the amount of fishing nets being used. 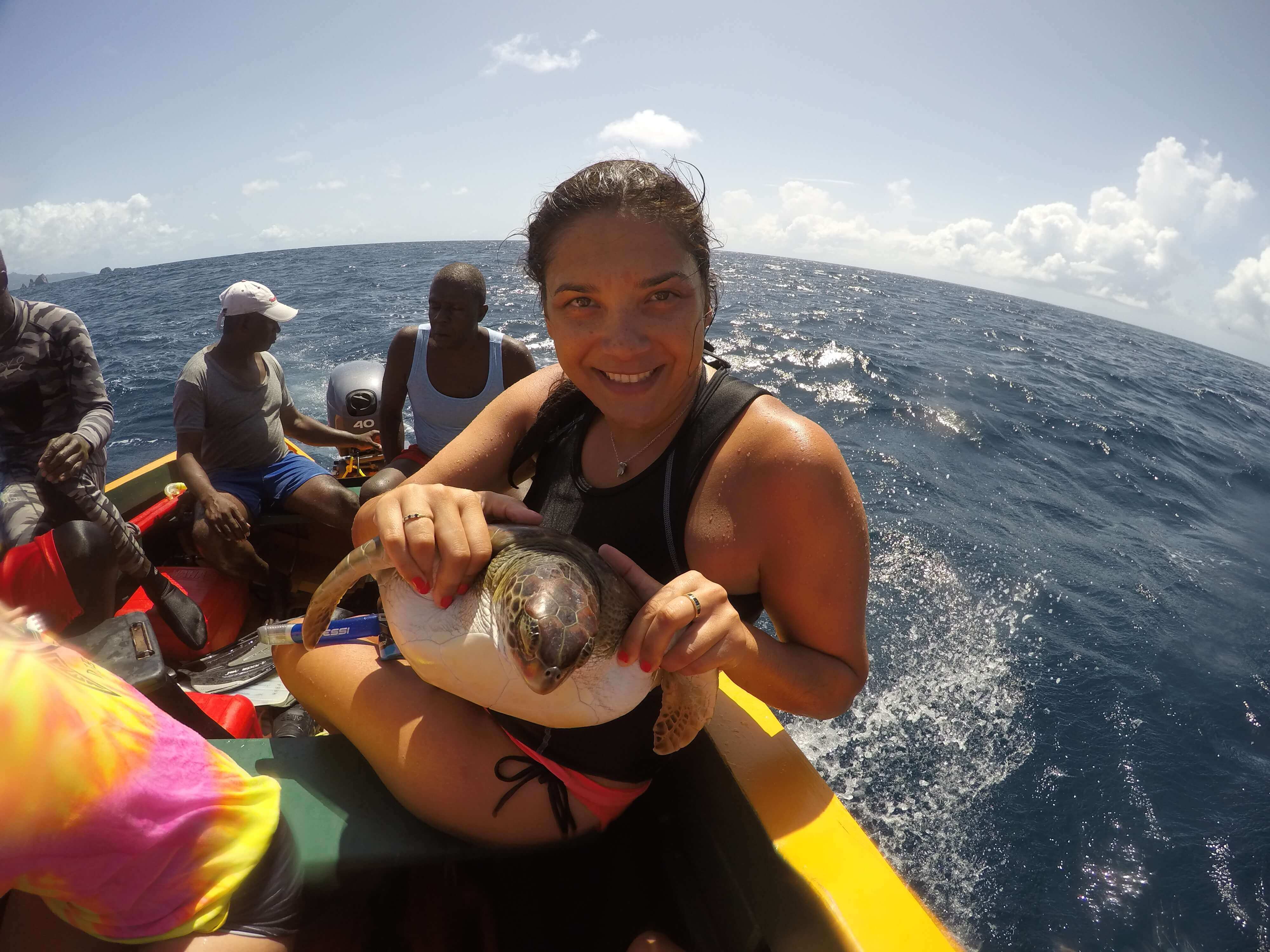 Finally, what advice would you give to budding marine conservationists?
Get in the water! Experience as much as you possibly can. Get involved with local organisations and volunteer when possible. If your ambition is to become a vet or marine biologist, then work hard towards it as there are so many incredible jobs out there just waiting to be found! 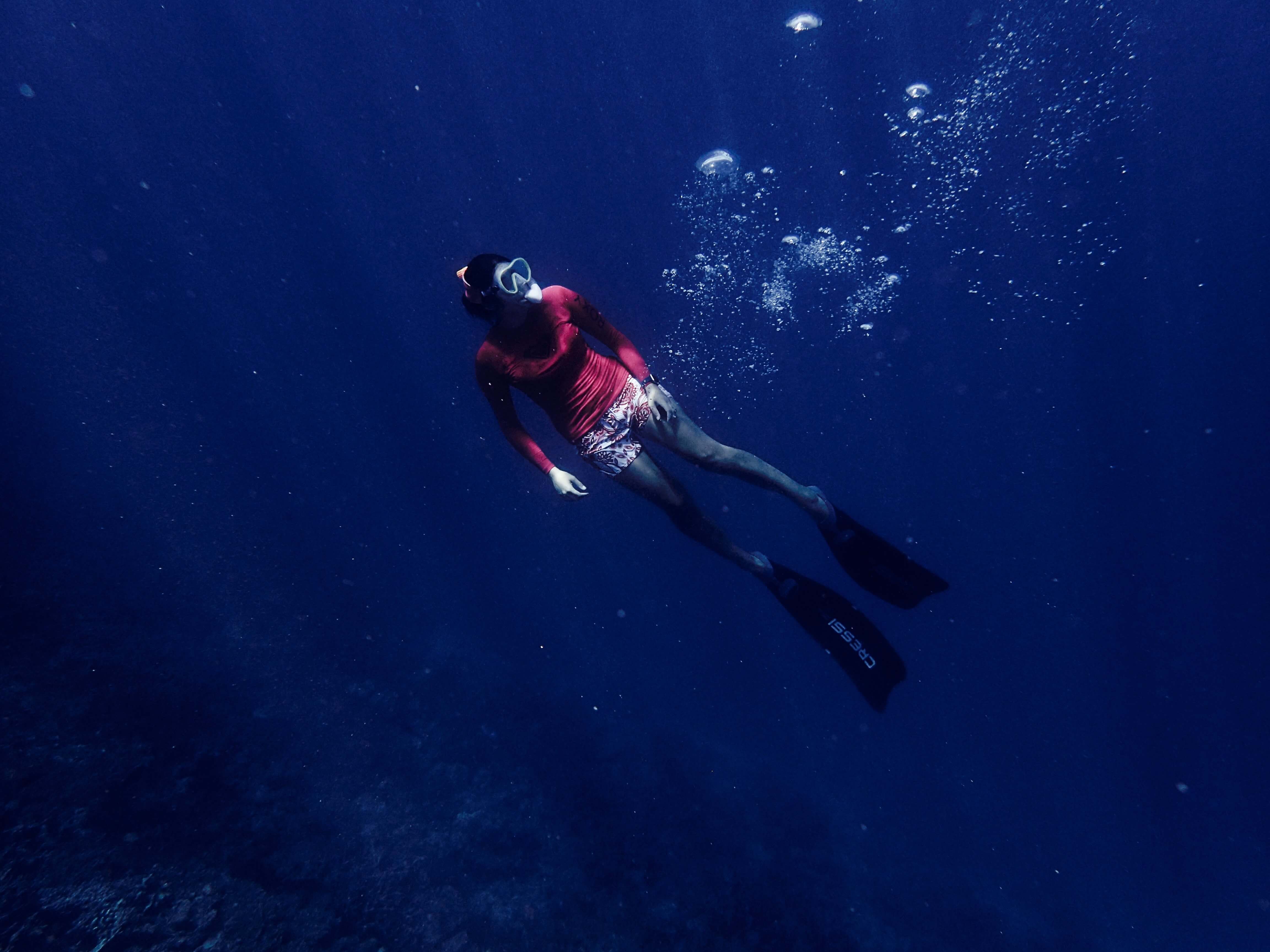 To learn more about the Olive Ridley Project, or help support their efforts, head to http://oliveridleyproject.org/
Next week, we will uncover Dr Claire’s top travel tips, learned through years of experience traveling the globe and helping with wildlife conservation. Sign up to our newsletter to receive an update of when the post goes live.