Weird Prague: Attractions you Have to See to Believe 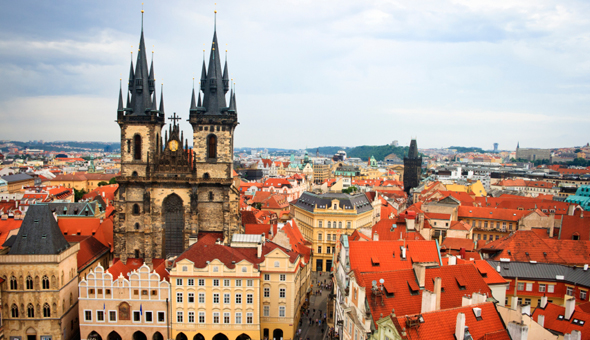 Prague is best known for its Gothic churches and its fairytale castles. Or perhaps for the riverside parks and the countryside beauty that’s just minutes away from one of the fastest growing European capitals. However, there’s a lot more to Prague than meets the eye—if you don’t mind taking a step on the weird side.
Escape Room Games
If you ever wondered what it would be like to jump into a video game, this is your chance. Available only in a few countries in Europe (and nowhere to be seen in the US or Canada yet), escape rooms such as MindMaze and Cryptex) have taken Prague by storm.
Basically, you (and hopefully some friends) get locked into a room with a very basic premise: get out in sixty minutes or less. No other clues, no tips on how exactly you are meant to do that—and then the clock starts.
There are currently three companies in Prague operating escape games, so you have a choice of rooms, including alchemist chambers, WWII war spy offices, and even dungeons.
Inside the room, things get tricky. Everything’s locked, secret compartments (and even doors) abound and you’ll need to solve some pretty crazy riddles in order to access keys that open a drawer here or a box there leading to more clues.
Nothing’s what it seems and some clues lead nowhere. But if you manage to figure things out in less than an hour, the door will open, leading to freedom.
Reon Argondian’s Magic Cave
There’s no easy way to describe the Magic Cave, created by Prague artist Reon Argondian. Simply put, this is just a space that the award-winning painter and sculptor designed to showcase his own work, basically transforming his entire three-story house into a giant piece of art.
In reality, the place looks more like something out of a Hobbit-world nightmare. The mystical vibe, the bright colors, the eerie music and low light all combine perfectly to transport visitors into another world. There’s no logical order to the works displayed either: paintings of outer space sit next to underwater lands, psychedelic sea unicorns and female faces jumping off columns and walls.
A very bizarre but also fascinating look into the mind of an artist.
Museum of Communism
Prague was under totalitarian communist ruling until 1989, so it’s no surprise that the wounds are still very much open. The Prague Museum of Communism offers a quick but eerie look into those times through propaganda posters, multimedia presentations, items from everyday life, uniforms, and even a fully reconstructed school classroom.
One thing to keep in mind as you walk through the rooms here: the museum was put together by a private individual who got items through garage sales, thrift shops, and flea markets. While the collection has since been curated by somebody more versed in the country’s history, it’s still very much a mix-and-match of items arranged together—and not always in the most logical manner.
The bottom line: if you’re looking for a clear picture of the history of communism in the Czech Republic, you might not get it here. But if you want a unique inside peek into what life was like just a few decades ago, this is the place to go.