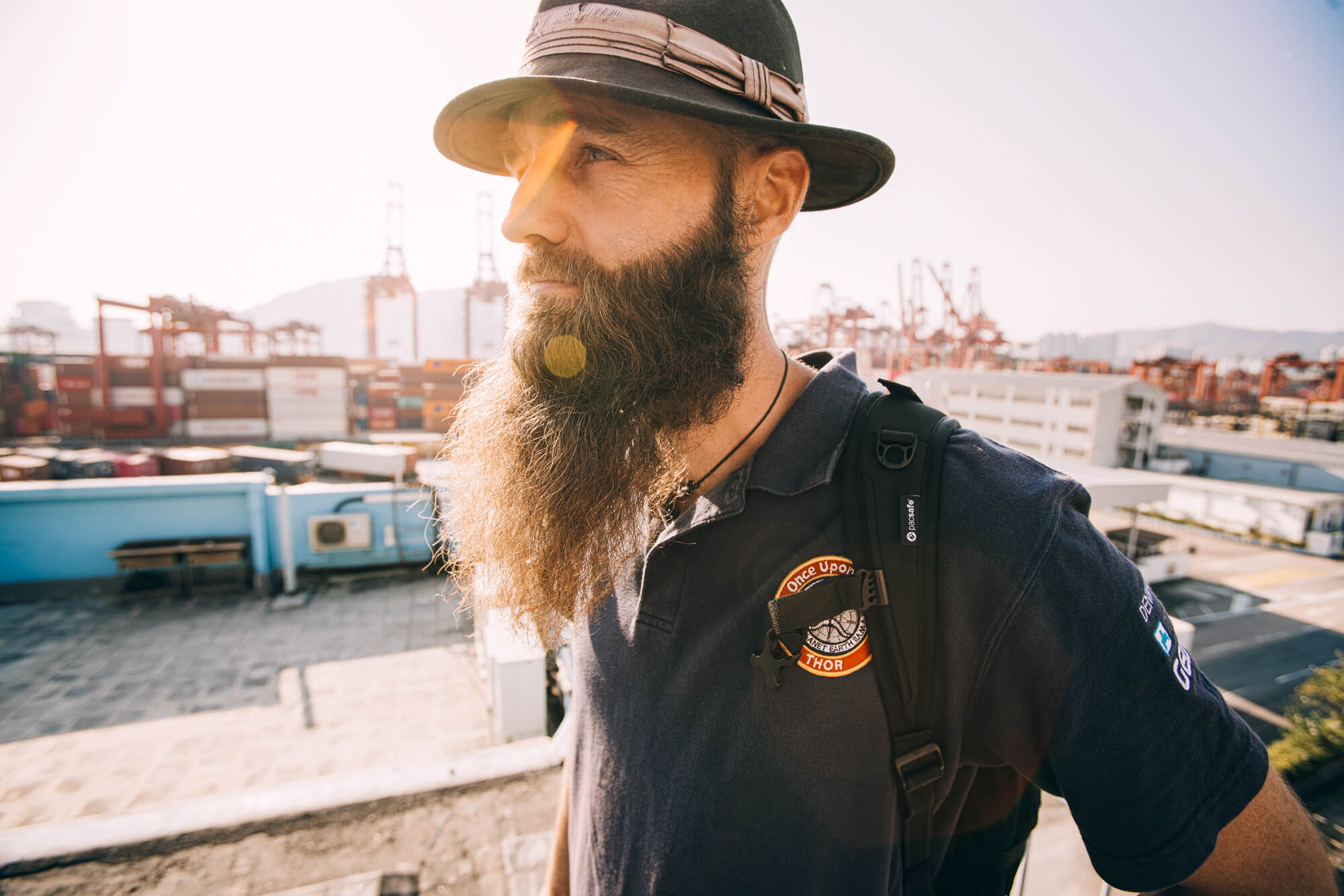 Torbjørn C. Pederse – who is visiting every country in the world without flying

My name is Torbjørn C. Pedersen, which is a terrible travelers name. But that has never stopped me before – just call me Thor. I had already visited roughly every fourth country in the World before this project saw its first day – but now the time has come to go all in. However, starting from zero and finishing with all!

I was born in Denmark of Scandinavian parents and soon after I was lifted up and carried to North America before returning home to Denmark years later. In Denmark, I did my school and then my military service before finding my feet within shipping and logistics in the private sector. At the end of 2009 I became an independent businessman and after years of working on other people’s projects, I have been able to create my own. With a lot of help from good friends that is!

In early 2013 I received an article and after reading it I understood that nobody in history had successfully managed to reach every country completely without flying. First I wasn’t going to take the challenge upon myself because I figured I was to old, I had a girlfriend and a career. But I changed my mind and left Denmark on October 10th, 2013 at 10:10am. The first country after Denmark was Germany. 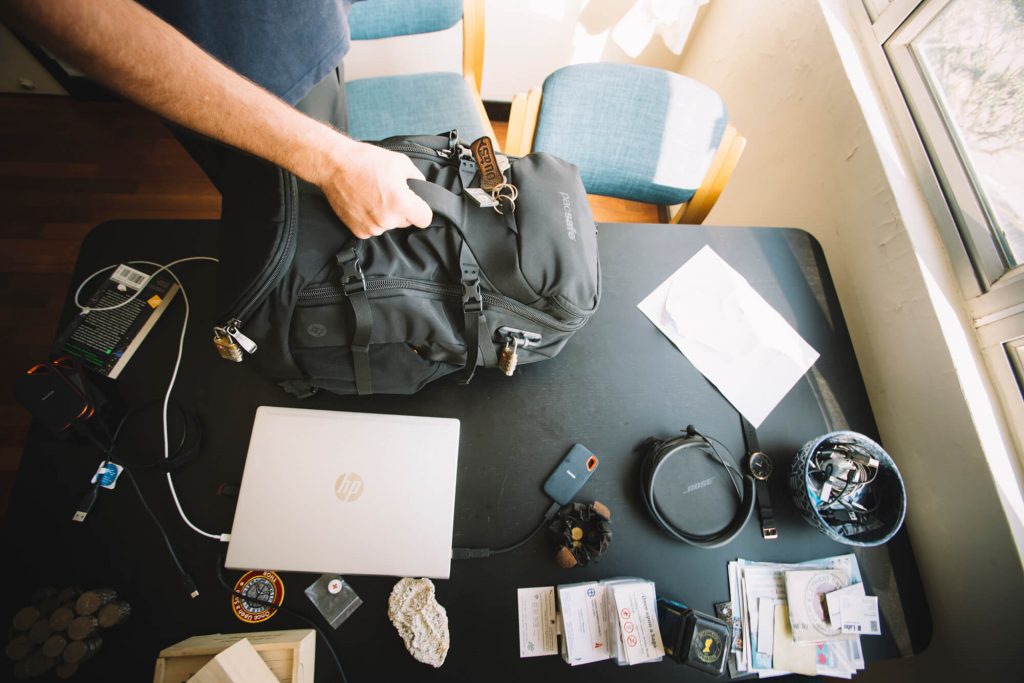 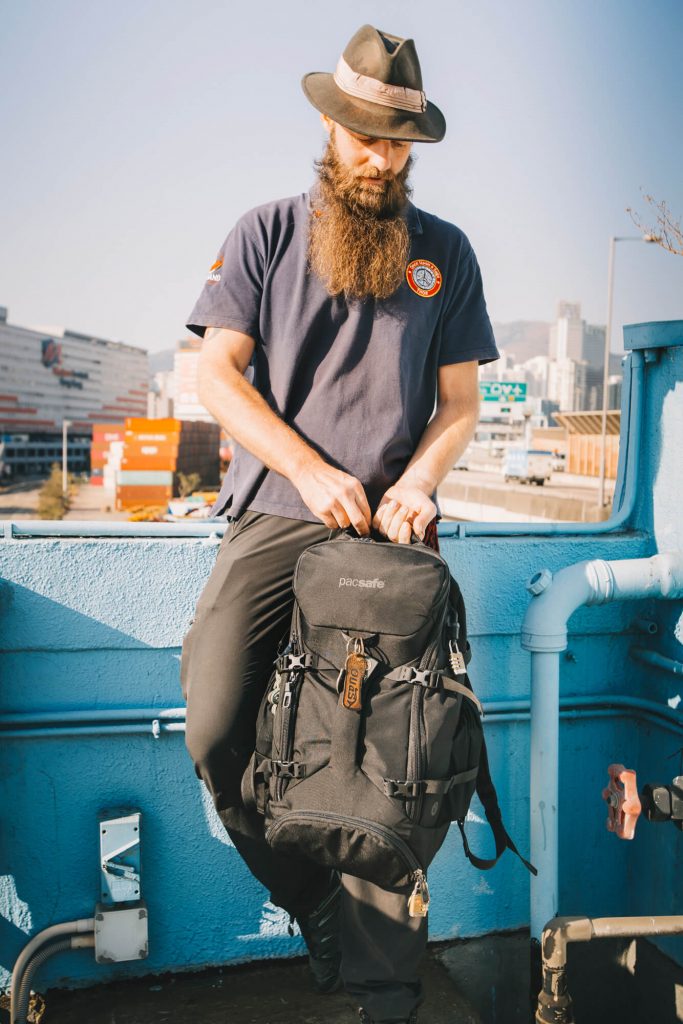 If you could go back to only one of the places you have visited, which one would you choose and why?

There are so many wonderful countries out there and not a single one I wouldn’t want to return to. But if I had to find a new country to live in then I would probably choose Iceland. The basic setup is amazing! Beauty, modernity, adventure, privacy, remoteness, nature, food, people, and much more. The true takeaway is however the mentality: people in Iceland seem free from conventional conformity. To me, it seems like they have a culture where it is celebrated to be different and where one would be supported to follow dreams and ambitions. Most of the world is locked into life on a conveyor belt, where it begins with school, follows up with a career, marriage, family, pension, and then death. There is no room for becoming a musician, athlete, artist, author, and so on – but in Iceland there is! 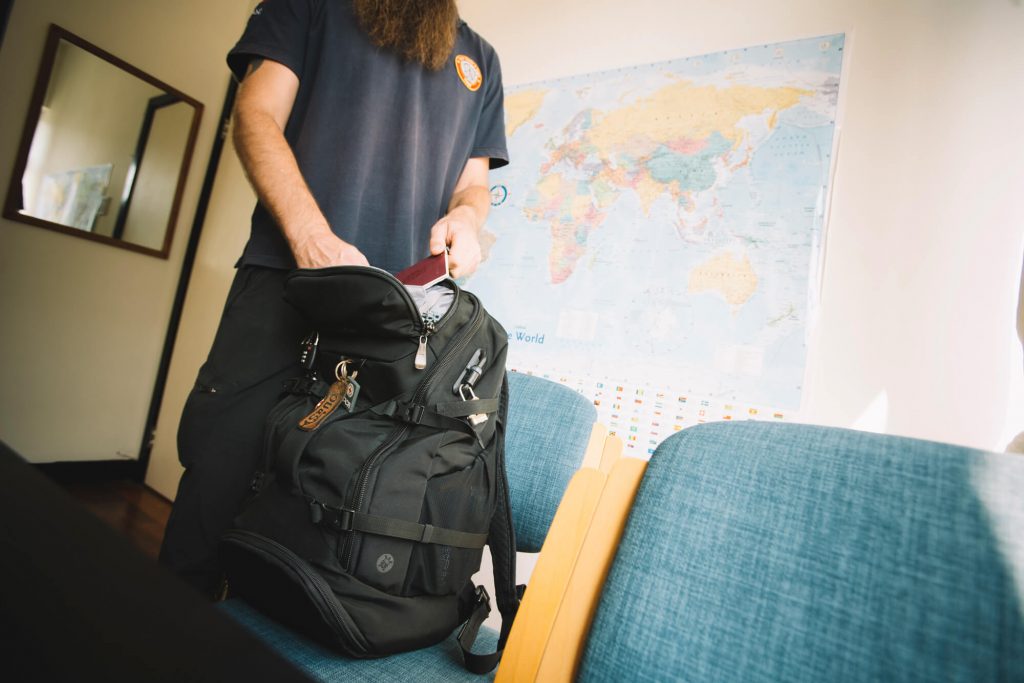 What advice would you have for someone wanting to travel? (although maybe not trying something quite as epic as ‘Once Upon a Saga’!)

The quest of reaching every country is incredibly ambitious no matter how you do it. An estimated 300 people or less have accomplished it. They all had to fly at some point and all have nightmarish stories of bureaucracy or “bureaucrazy” as I like to call it. Even on a weak passport, you can reach more countries visa-free than most people will ever see. And on a strong passport, most countries are effortless. However, there are a select few impossibly difficult countries varying on your nationality. And on top of that, the entire effort is time-consuming and relatively costly. So can you do it? I think yes! It’s getting easier every day due to a global relaxation of visa requirements, blogs sharing travel hacks and widely available transportation. You can do many things to save money such as stay with families, sleep in a hammock, spend your nights in cheap dorm rooms etc. Public transportation is often very affordable. You can possibly crowdfund your budget. I foresee that far more people will reach every country within my lifetime. However, it will require flying. Since I sat out in 2013 I have seen flightless travel becoming increasingly more difficult. Some countries make it easier to arrive by air and harder to cross land borders. Ferries are many places being replaced by airplanes. And it is getting increasingly harder to venture onboard container ships. Your personal willpower and your own choices on what you are willing to sacrifice will eventually decide whether you reach every country or not. Nothing is impossible. I suggest you start by reaching 100 and if you like it and want more…then go for it. Pick 80 countries you want to visit and 20 you have little interest in. Good luck.

The best advice I can give you is to stick to the plan and make it happen. So many people find excuses. Once you are out there you should stay positive, open, and smile a lot. I guarantee you that it will change your world! Try local food, learn bits and pieces of the local language and use it every chance you get.

Trust people but trust your intuition too. The world is not an entirely safe place although I stand by that the vast majority of everyone you will ever meet are goodhearted well-meaning people. People are generally more into family, sports, food, the weather, taking selfies, updating Facebook, and stuff like that. Much more than anything else.

If you have a smartphone then I suggest you download these apps:

What is essential for you to think about to pack when travelling?

First of all your passport. A smartphone is quite essential for modern travel as well. A smartphone keeps you connected, it’s good for research, good for photos, good for storing contacts, all sorts of apps are great for booking transport, a place to stay, meals, currency conversion, translation etc. I like carrying a pen as I can write stuff down, let people write stuff down, fill out forms, draw something when words aren’t enough and potentially just have something pointy to defend myself (has never been relevant). I also travel with a scarf around my waist. The scarf is good for a million different things – only your imagination will set the limit. 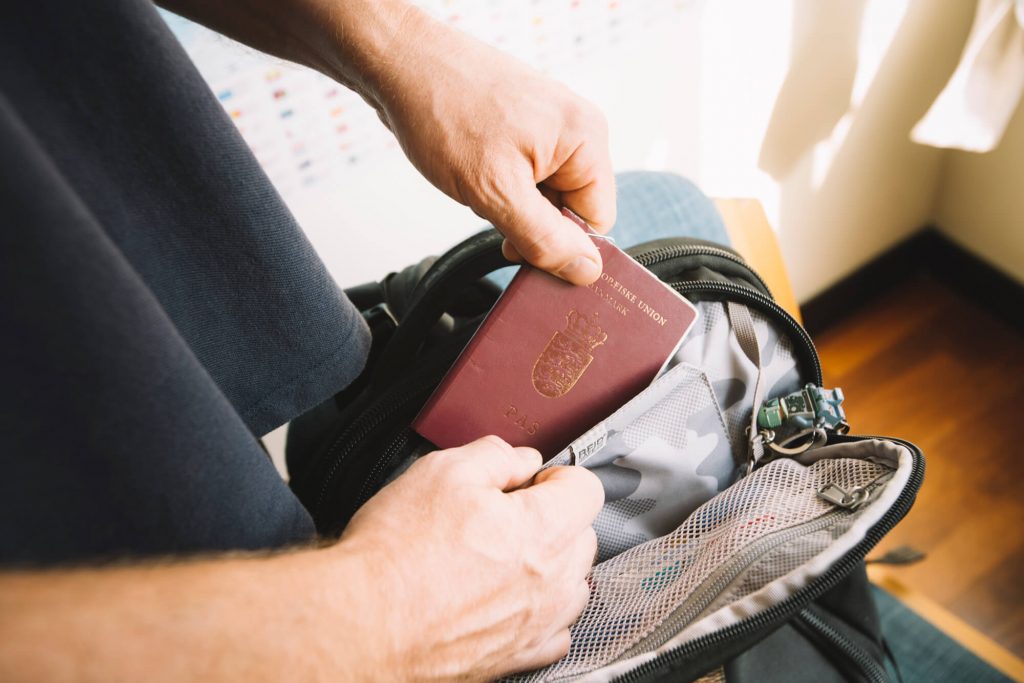 What are your five safety tips for travelling alone?

1) explore in daylight. Daylight is generally safer than darkness.
2) arrive to a new destination during the daytime (for the same reason).
3) have someone receive you if you are unsure about your destination.
4) Always let people know where you are.
5) Trust people if it feels right and team up with them. Even just for short periods.